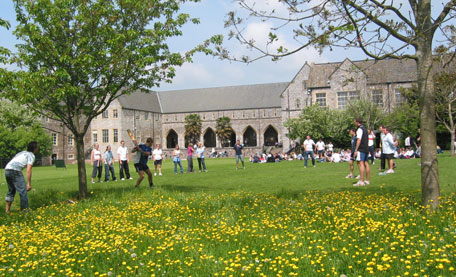 Many Names: One Community

Exeter Diocesan Training College (1838-1930)
Originally in Cathedral Close, the College moved to its current location and was opened on 18 October (St Luke's Day) 1854. It was unofficially known as St Luke's from this time.

School of Education (1978-2001)
Renamed when it became part of the University of Exeter in 1978, the campus becoming known as St Luke's Campus.

We are grateful to those members of the School who came before us; for the contributions they made, for the ways they have shaped our School throughout its long history, and for simply having the opportunity to learn from and alongside them.

We celebrate their lives below.

If there is someone you would like to see commemorated on this page, or if you have additional information to add, please contact us.